Cheap Energy and The Future of Nuclear Power 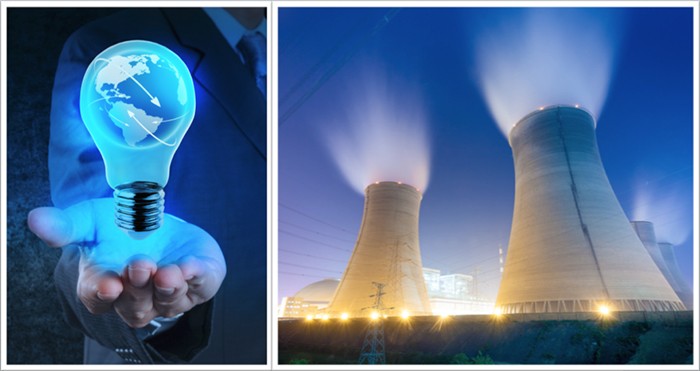 The Economist, in 2007, reported that “America’s nuclear industry is about to embark on its biggest expansion in more than a generation. This will influence energy policy in the rest of the world”. It predicted that safety, management and regulatory types improvements would lead up to an “atomic renaissance” for  a nuclear energy industry crippled for years by the Three Mile Island and Chernobyl accidents.

Many countries were growing rapidly and increasing their demand for electricity. The nuclear industry had anticipated that this growth would force countries to revisit nuclear energy which had shown marked improvement.

Contrary to this anticipation, the amount of nuclear power generated electricity has seen a decline. Plants have been retired for nuclear power in the United States and other countries with the actual capability of assisting the power grid because of economic reasons. Smaller countries have scaled back their nuclear power efforts.

The end result is that within the last twenty years, nuclear energy has gone from one fifth of the world’s electrical demand, to one half of that amount. Nuclear infrastructure in Japan including 50 reactors has been taken offline after the accident in Fukushima. A fear of accidents, strict safety regulations along with maintenance costs has caused the phasing out of nuclear energy.

Excluding the accidents that occurred at nuclear power plants, other foes of the program would include increased natural gas production, and wind and solar power programs that have been launched worldwide. The increasing movement against the utilization of fossil fuel has also impacted the interest in nuclear power. Nuclear power is not considered very “green”. This attitude has been adopted by many countries, both rich ones and poor ones worldwide.

Then there is the ever increasing cost of building nuclear plants, and associated massive overruns. For instance in Olkiluoto, Finland, a nuclear power plant under construction that started over ten years ago had an initial price tag of $4 billion, and at nine years behind schedule the reactor is not completed, and the overall total has been projected to be over $12 billion. The Areva company who was constructing the plant has been forced into bankruptcy and was required to merge with the state owned utility, EDF.

More recently with the relatively low cost of uranium, utility companies have been able to fund the exorbitant initial costs for building new nuclear power plants. Uranium has been proven a low cost fuel for nuclear power. In addition with increasing the amount of time that the plants were powered up, along with an extension of their years in service, their high operational costs were offset. Once the construction was paid down or off in some cases, these plants were considered to be a cash cow for the utility companies.

In the United States, with 100 reactors comprising about 25% of the worlds nuclear power, rising maintenance costs have disabled any financial benefit seen from low cost uranium and extended usage of their nuclear plants. In addition fracking for gas output and solar energy programs have further minimized the cost effectiveness of nuclear generated energy. It is said that the days of nuclear powered energy are numbered. The U.S. has closed down 14 reactors.

Vietnam faced with a projected triple need for electricity had developed a plan for 10 nuclear reactors to be online by the year 2030. This plan was shot down by the National Assembly due to economic shortfalls. They are now planning to rely on liquefied natural gas, coal and renewable energy sources.

At about the same time of Vietnam’s opting out of building additional nuclear power plants, South Africa pulled its plan to construct 9 reactors also by the year of 2030, adding to the one they currently have. With a modern nuclear plant producing 1,000 megawatts of electricity per year, South Africa reduced its projected additional plan for 9,600 megawatts to just 1,359megawatts of a needed buildup of power.

China with its growing need for power added 8 new reactors to its power grid during 2015. An additional 21 reactors are scheduled for completion soon. With factors such as wind and an overabundance of coal power plants, the demand for nuclear generated power has decreased, and constant delays are affecting the additional power plant completion program. It is expected that they will fall woefully short of its projected 58 gigawatts of power capacity produced by nuclear power plants projected for 2020.

For all its drawbacks and problems, nuclear generated power continues to tout its advantages such as reliability and decreased carbon emissions. These factors have found their way into regulations for electricity auctions, and the restriction of carbon emissions for the more conventional power producers.

Their two fold approach for a renewal of nuclear generated power also includes decreasing the time it takes to build a nuclear reactor by using what is termed as SMR’s or small and modular reactors. These are much smaller and can be mass produced, thus cutting down the excessive time required to build a conventional reactor. They can also be beneficial to the more sensitive needs of smaller or developing countries. But this fairly new concept will require government developed standards and support.

Compounding the long standing effort to dismantle the nuclear reactor’s contribution to massive worldwide power grids are the recent elections in the U.S. giving the GOP control of energy policy. This group has long been skeptical about climate change and continues its intervention into energy markets. The age of nuclear generated power may eventually become a victim of politics.