Speak to a Security Specialist Now 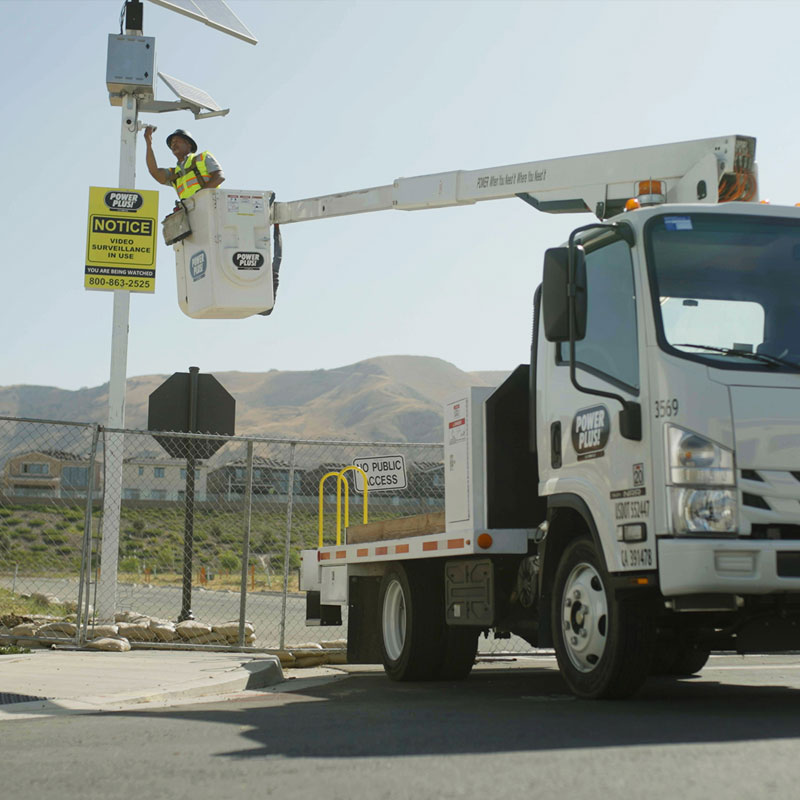 Whether for risk mitigation related to jobsite accidents or as theft prevention measure, we have “a real-life story” that shows how our Digital Surveillance Systems have helped protect our clients. Over the past two decades, we have come to better understand what these systems are capable of and how they can best benefit our clients. Surprisingly, catching criminals and prosecuting thieves is not the biggest benefit…it is the “deterrent effect” that the surveillance systems bring that most benefits our clients. Preventing an incident from occurring in the first place is more the reality of what happens and is far better than a client having to deal with police and the courts to try and prosecute.

Saved From A Multi-Million Dollar Lawsuit!

A man was working on a jobsite and was not following proper safety protocols while up on some scaffolding. He decided to climb off the scaffolding above the third row to do some work and then jump back down onto the third row of scaffolding. The result of his weight coming down on the scaffolding caused it to break and he proceeded to fall three floors through the levels below him. He then told his superintendent that he had been following all safety procedures correctly and that he was not at fault. The cameras told a different story and we learned later that the footage saved the builder from a multi-million dollar lawsuit!

The cameras told a different story and we learned later that the footage saved the builder from a multi-million dollar lawsuit!

Overturned Vehicle: The employee operating the crane was doing so with complete negligence. He was far too over-loaded for how far he had his boom extended resulting in the crane flipping over.

Thankfully no one was injured and the footage absolved our client of any legal or financial recourse.

With a jobsite in a precarious location near a freeway on-ramp, our customer’s jobsite was getting hit by crooks on a regular basis. After losing over $30,000 on one night’s worth of thievery, our customer decided to give us a call.

The very next night our thermal cameras were set in place and immediately went to work. You’ll see in this footage the perp coming onsite through a hole in the fence and then being apprehended by the police.

Once the word got out that the jobsite was no longer an easy target, the break-ins became non-existent which saved our customer time, money and materials!

Call Now To Get A Quote!